Greg Williams is recognised as one of the greatest players ever to play Australian Rules Football, having won every major award in the sport during his 250 game, 14 year career. 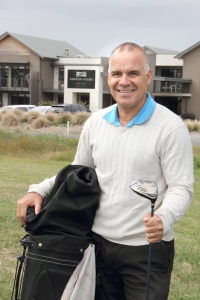 Greg developed his talent in his hometown of Bendigo where he won two best and fairest medals in the local league by the time he was 17. He was recruited to Geelong in 1983, and debuted in 1984 racking up 38 disposals. His career high 53 disposals in a single game occurred while playing for the Sydney Swans in Round 19 of the 1989 season against St. Kilda.

Greg is a dual Brownlow Medal winner, one of only thirteen players ever to win multiple Brownlows (four triple medal winners and nine double medal winners). Greg won his first Brownlow with the Sydney Swans in 1986 and the second with Carlton in 1994. The 30 votes he polled that year is one of the highest tallies of all time. It was in these years that he also won each club’s Best and Fairest Award. He came close to what would have been a third Brownlow when he lost the 1993 count by a single vote to Gavin Wanganeen.

Greg also won the VFL/AFL Players Association Most Valuable Player award twice while playing with Geelong in 1985 and Carlton in 1994. In the 1995 Grand Final, he led Carlton to a 61 point demolition of Geelong, winning the Norm Smith Medal as the best player on ground. He is also a four-time All-Australian Team member.

In 2001 Greg was inducted into the Australian Football Hall of Fame.